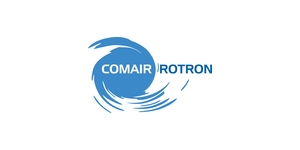 Since its beginning in 1947, Comair Rotron has been the leading supplier of standard and value-added fans and blowers for a broad range of markets including electronics, computers, telecommunications and HVAC. In December of 2014, Ammon & Rizos a manufacturers rep company purchased Comair Rotron from Gentherm. Ammon & Rizos has represented Comair since 1954 and has offices in the US, Mexico and Brazil. Our Comair Rotron Shanghai operation is a state of the art fan and blower manufacturing facility.
Comair Rotron Shanghai is currently producing a wide range of DC fans and blowers with a standard range of 5 to 48 volts DC and 115 or 230 volts AC, supplying 5 to 1070+ cfm and sizes from 40 mm to 281 mm.
Comair Rotron has developed many new Air Moving solutions and is always open to new challenges and opportunities.