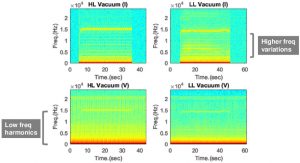 “We have tested it on a range of devices and been able to identify several as being unique,” project manager Tom Copeland told Electronics Weekly. “There are no known black spots, but there are some shortcomings: for example, a Sky Box will have a fan and a processor which we can see, however, a games console will also have a similar architecture. So, we can see the difference between a microwave and a TV, but not between all appliances.” 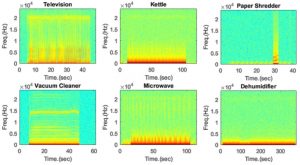 The aim of the project is to increase consumer engagement in energy saving by ‘demand disaggregation’ – telling them which of their appliances is taking most energy.

According to 42 Technology, consumers quickly loose interest in simple energy displays which show total energy used over a period.

The hope with demand disaggregation – seeing a pie-chart of perhaps the dozen most power hungry appliances – is that they will get a clear idea how to save energy/money. 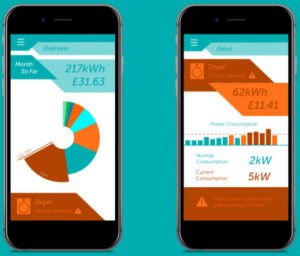 Smart appliances that report their consumption, or add-on measuring plugs, are two ways to gather data for disaggregation, but need considerable investment in time and money from the consumer, argues Carey, while his technology, which is currently called ‘TripleOhm’, senses at a single point – the electricity meter, for example.

It works by taking the Fourier transform of both current and voltage.

For research purposes, sampling is at 48kHz to take advantage of PC soundcards, although the final product is expected to be an asic for inclusion in smart electricity meters, sampling at a lower frequency to minimise resources.

It is probably too late to get the technology into the UK smart meter roll-out, said Carey, but there are plenty of countries that have not even begun to install smart meters.